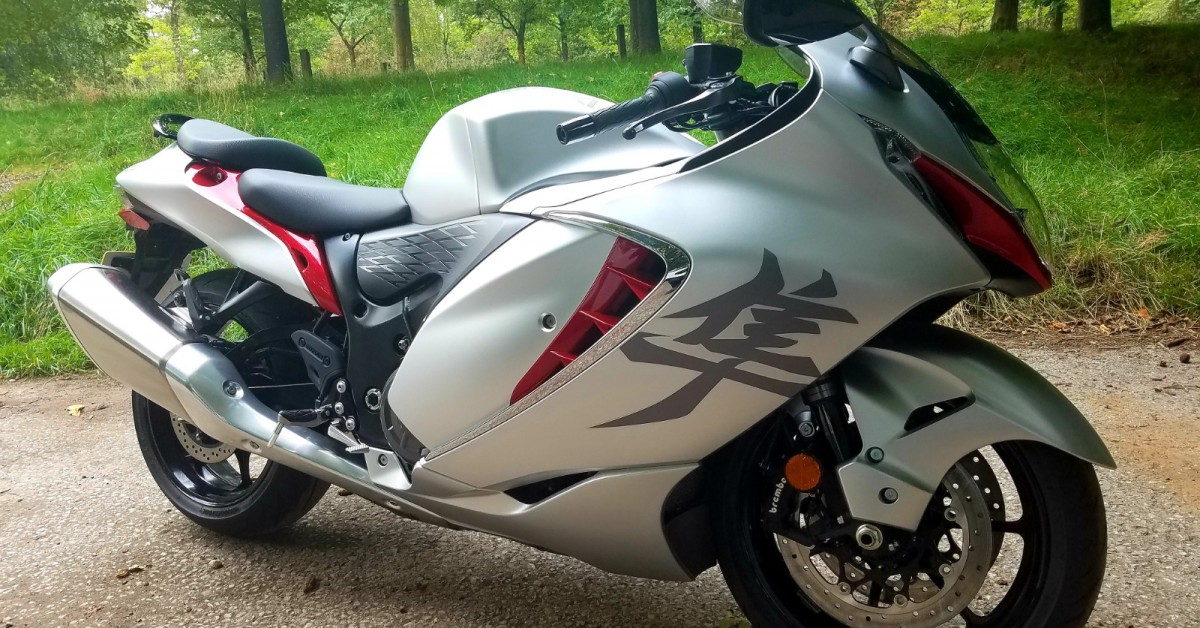 I've wanted to ride a Hayabusa for over 20 years and finally I'm so pleased to be able to say to people...'I've ridden one of those'.

The Hayabusa's reputation precedes it and for the previous 20 years has rarely needed an introduction or description of it's capabilities. From it's unmistakeable silhouette to it's often discussed big number specifications, 1340cc, 186mph, 110 ft/lbs torque all attributes that are instantly associated with the Hayabusa. First released in 1999 to steal the crown in the high speed and power categories from Honda's CBR1100 Blackbird, the Hayabusa quickly gained iconic status. The second generation arrived in 2008 with an increase in engine size from 1299cc to 1340cc. This model ran until 2018 when tighter emissions rules meant the Hayabusa could no longer be sold to the European markets. Enter 2021 though and Suzuki produced a fully Euro 5 compliant Hayabusa and released it for sale again across Europe.

My test ride began courtesy of Bolton Motorcycles and saw me riding through a variety of road and traffic conditions, from heavy town traffic, paddling along at 5mph to sweeping bends on beautiful country roads to relaxed motorway cruising.

Immediately upon sitting on the bike the low seat height of 800mm enabled me to get both feet flat on either side and was a reassuring feeling for my 5'8'' frame when manoeuvring the bike around at low speed or whenever I came to a standstill. I felt the riding position has relatively high knees and leaning forward, my posture aiding the Hayabusa's aerodynamics while still managing to feel comfortable.

Pulling away into the traffic for the first time I was surprised how unintimidating the bike felt. Gentle throttle application equalled smooth controlled acceleration but with that awesome deep gutteral background sound associated with large capacity inline 4s, I was smiling straight away.

As the peak torque of this machine comes in quite low at 7000rpm, overtakes, whether at town speeds or motorway speeds are accomplished by merely thinking about it.....Okay, by barely touching the throttle and I was swiftly carried along to the front of the traffic without the need to down change.

The Hayabusa's KYB suspension is fully adjustable front and rear and it never gave me any concerns while riding over the narrow, steep, twisty and in places poorly surfaced roads over Rivington. In fact I was very surprised how nimble it felt. The bike felt as if it wanted to lean further, easily taking the areas bendy roads and my amateur riding abilities in it's stride. It's also very reassuring to be able to ride such an immensely powerful motorbike knowing that it's equipped with Suzuki's most comprehensive suite of rider aids and safety devices to date. No need to panic approaching corners as the 6 angle IMU monitors your lean angle and adjusts throttle position and braking pressure to aid you round without sitting the bike up mid-bend or locking up the brakes. The Brembo brakes are so strong that when I grabbed a handful of lever to test them out I actually swore because they stopped me so quickly.

The cruise control, a welcome addition over the average speed limit roads around Belmont, was easy to activate and worked flawlessly.

Accelerating up the motorway slip road to join the main carriageway I almost swore again as I have never felt such power or been pushed along with such force...… and that was keeping the revs below 6k too. The screen although it looks low actually worked really well for me at directing the wind just over the top of my helmet.

After 90 mins of riding it was a welcome realisation that I felt completely comfortable throughout, no aches or pains and also could feel no heat whatsoever around my shins or lower body, even while waiting in traffic. Suzuki has done an excellent job of directing the engine heat away from the rider.

It's an amazing feeling riding this beautiful machine. Knowing the power underneath you and what it's capable of. Understanding the history of the Hayabusa, and what it was designed to do and therefore becoming the Icon that's admired and respected by riders all over the world. Everybody should get to have this experience, I'm glad I have. 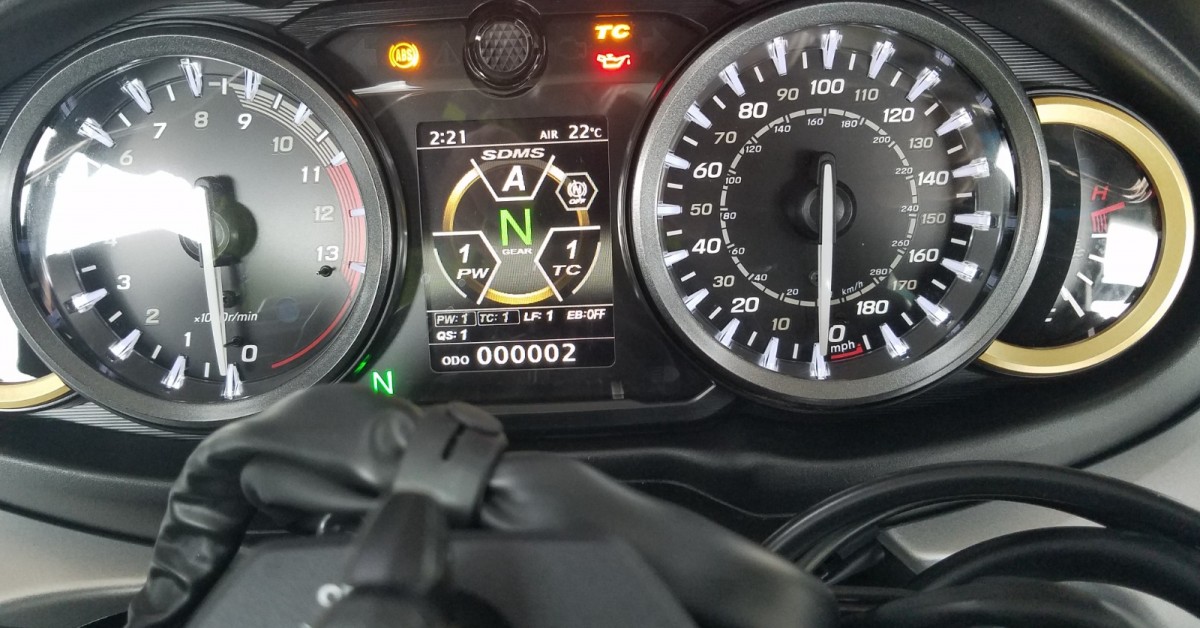 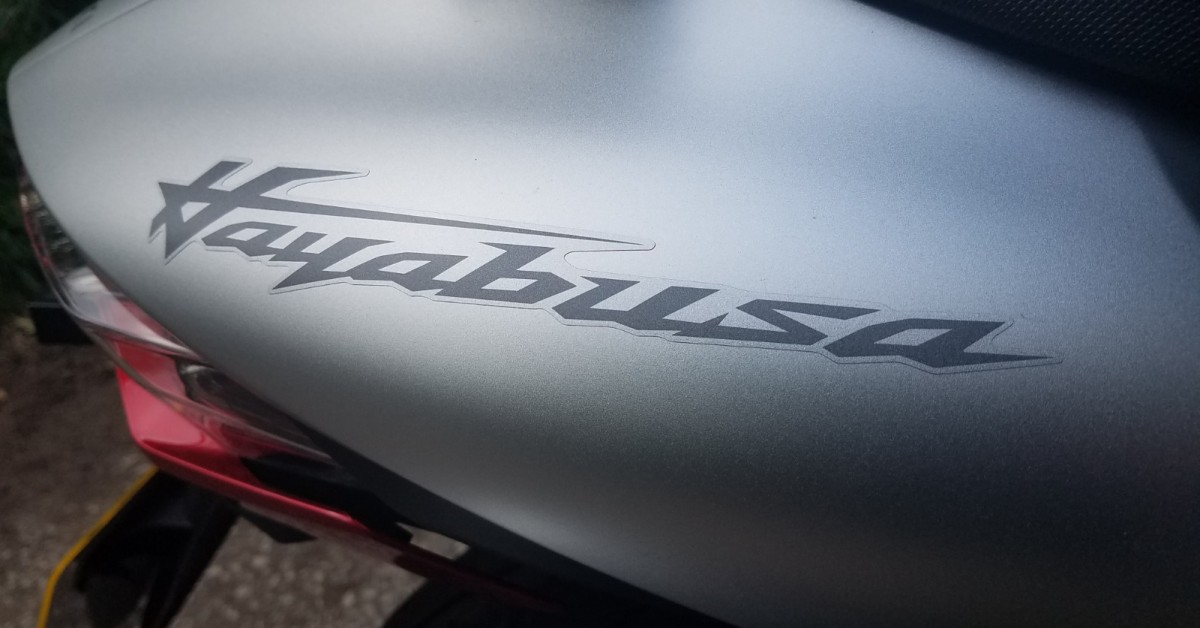 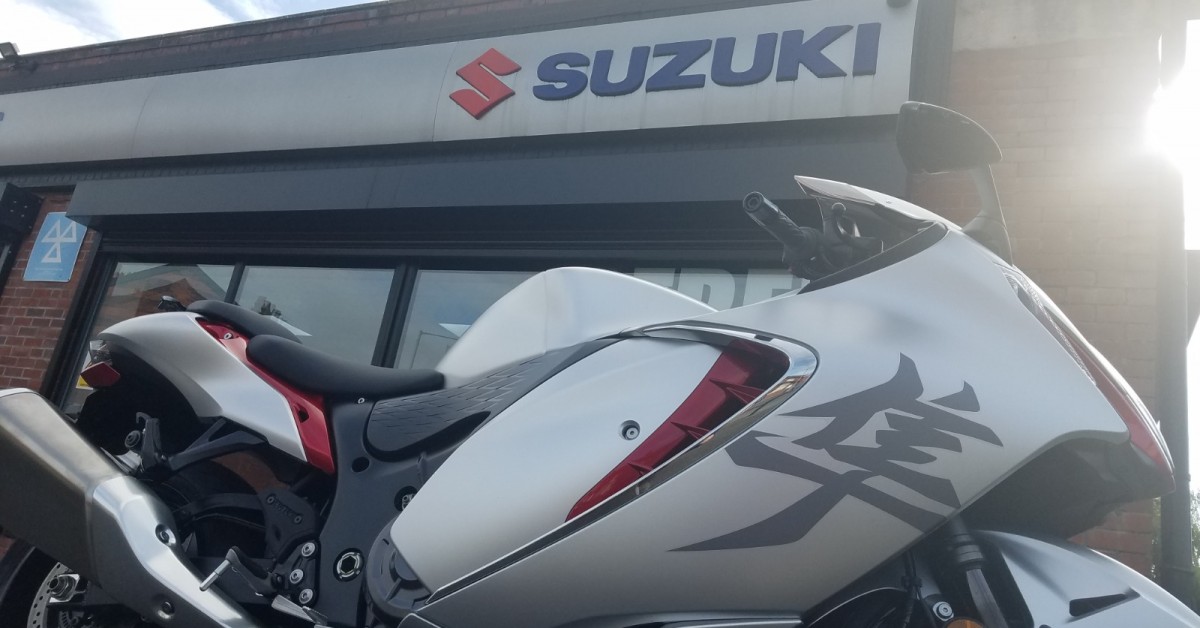